We are a boutique winery located in Houston which focuses on selling wines produced from a unique vineyard in the Uco valley in Argentina.  While not a typical business model, AWI Winery of Texas is an extension of A Wild Idea developed by friends who identified an interesting opportunity in a remote, but highly promising area in Mendoza, Argentina in 2008.  We have been making wine since 2011 but decided in 2014  that the wines produced from this area are exceptional and that we had to find a way to market our wines.

Our winemaker is Pablo Martorell and we are assisted by Mariana Onofri, wine director at the Vines of Mendoza as well as an accomplished winemaker.

The Vines of Mendoza’s winemaker, Pablo Martorell is young, but already heavily awarded from Wine Advocate and Wine Enthusiast for The Vines’ Recuerdo Wines. Born and raised in Tunuyán, he has worked at some of the most important wineries in Mendoza, including Bodega Nieto Senetiner, Catena Zapata, Trivento and Bodega Flecha de los Andes, under the esteemed Michel Rolland’s tutelage. He has also worked in wineries internationally. In 2006, he worked with Chateau de Lauret in Pomerol, Bordeaux, and in 2007, for Chateau Peyre Lebade and Chateau Clarke in Medoc, Bordeaux, both part of the Rothschild Group. In 2009, he worked for Napa Wine Company in California. 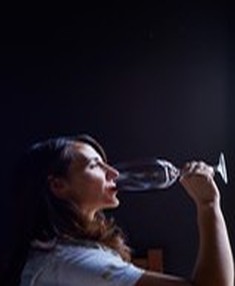 She has been the Wine Director for The Vines of Mendoza since 2009, overseeing all vineyard owner winemaking plans and customizing wine design. This includes managing blending sessions and barrel tastings for the company’s Private Vineyard owners, and over 330 fermentations in The Vines' 2016 harvest alone. She supervises all wine selection and wine experience for the company’s Siete Fuegos restaurant and The Vines Tasting Room. Prior to The Vines she worked at Chateau La Violette in Pomerol, Bordeaux, France, and has been in Sommelier in La Bourgogne in Punta Del Este Uruguay. She also did winemaking internships in Napa and France, and has launched her own wine brand, Onofri Wines, with wines made at The Vines of Mendoza winery.